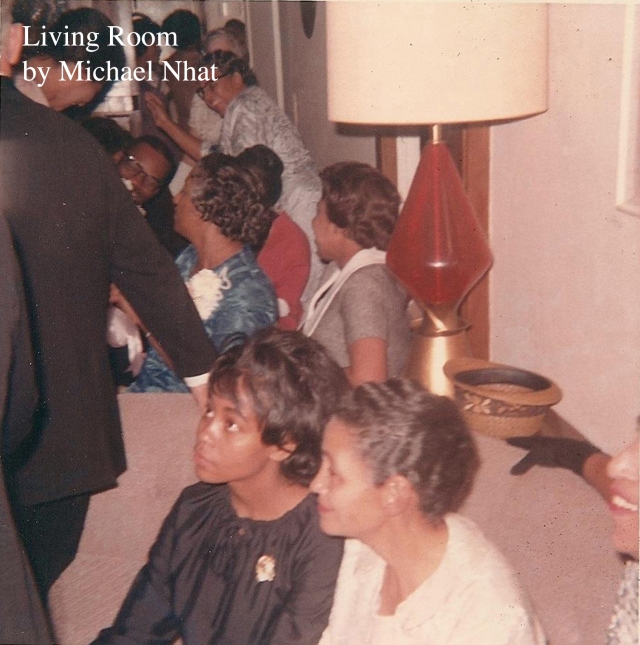 “Living Room” was originally titled “Insomnia For the Sport of It”, but I changed my mind because it didn’t go with the cover photo. I purchased the cover photo for 75 cents at a store called Mostly Books in downtown Philly.

From 2008-2011 I recorded a number of songs that would later make up the 20-track album “Living Room”. At the time when I began recording, I had not intended for the songs to be combined into one specific album. In my free time I would record songs out of boredom and fear that I might die some day and the beats and lyrics would be left undone.

Paramanu Recordings and I had been in negotiations to release an album with them since 2006. In 2010, they emailed me about a release date in March 2011, but it got delayed to 2012.

The album is almost entirely sample based. Some samples include Fiona Apple’s “Waltz” for the ending of track 3 “Whitewashed“, Andrea True’s “More More More” for track 6 “I’ll Die in Laos” and the “Popeye” soundtrack for track 9 “Cut Your Own Hair it’s Affordable“.

It features vocal collaborations with Magick Orchids, Dylan Doren, Bizzart, The Little Red Writer, Barrie Rose and k-the-i???. The late Brandi Hollandsworth was my roommate for a couple months and made some guest vocals as well on “Good Times”, “Cut Your Own Hair It’s Affordable” and “Lies and Confusion”.

Preview and pre-order your CD or mp3’s at Amazon.com and

So Many Wizards will also be premiering their new music video starring themselves, Lis Bomb, Lina Carol, and myself. Directed by Walt Gorecki (of Home Room)